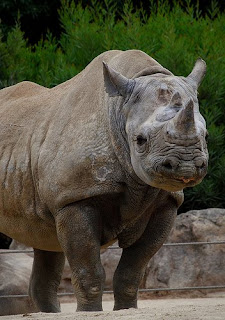 The Conservancy is a not-for-profit organization situated in Kenya’s Laikipia district adjacent to Nanyuki town. The Conservancy is East Africa’s Largest Black Rhino Sanctuary, the only place in Kenya to see chimpanzees and holds some of the highest predator densities in Kenya. It is a mosaic of grass plains, wooded grassland, Acacia woodland and evergreen thicket extending for over 350 square kilometers. It boasts an astounding variety of animals including the endangered black and white rhino, leopard, elephant, buffalo & lion. The combination of amazing wildlife and stunning views across the open plains guarantees an unforgettable volunteer experience.


Your volunteer work will include:

The population of black rhino in Africa plummeted from an estimated 65,000 to around 10,000 in the early 1980s. By 2001, the total African population was estimated at 3,100. In Kenya alone, the population dropped from 20,000 to less than 300 due to illegal killing for rhino horns. At present, there are an estimated 620 black rhino in Kenya, and more than 85 of them live on the Conservancy as the flagship species. In response to the drastic reduction in rhino numbers through poaching, Kenya decided to set up specially protected and fenced sanctuaries for rhino conservation.

The Conservancy has rescued chimpanzees from Burundi, during the civil war in the country, as well as other parts of west and central Africa, and the Middle East. During your stay on the Conservancy you will be given the opportunity to learn about chimpanzees, as well as viewing them in their vast natural enclosures. Chimpanzees living in the Sanctuary are carefully nursed back to health so they can enjoy the rest of their days in peace. The animals live in two large groups separated by the Ewaso Nyiro River.

A number of lions on The Conservancy are fitted with lion-tracking collars, which enable the researchers to keep track of their whereabouts. Visitors are given the opportunity to accompany our research teams to radio track our lion prides across the Conservancy.

EMD aims to identify and monitor the key variables necessary to maintain healthy trends in both habitat and animal species. Consequently, the EMD sets appropriate threshold levels for key animal and habitat variables, changes in which act as early warning systems. Whenever threshold levels are exceeded, either management intervention is recommended or third party researchers are engaged to study the underlying reason for change.


For more information go to http://volunteercapitalcentre.org
Posted by Volunteer Capital Centre at 4:27 AM

Promote Your Page Too